At Red Fox, our very small team cups a veritable ton of coffee. Whereas another importer might cup a single representative sample to purchase multiple containers from a coop, we often cup as many as 250 samples to build just one. This is a lot of work, so why do we do it? The answer is that we feel that each producer, no matter how small their operation, deserves to have their coffee tasted by our team and assessed independently. We also feel that every producer deserves specific feedback on their coffees and the ability to make additional quality premiums when their coffees exceed our already-high expectations.

Even more than the why, this piece is focused on the how: in order to cup the amount of samples we do with the tiny team we are, we use a carefully dialed system called signal detection cupping. First introduced to us by roasting and sensory expert Paul Songer and honed to our needs over time by resident expert and Director of Quality Joel Edwards, signal detection lets us cup a ton of coffee both efficiently and objectively, allowing us to not only make the right purchasing decisions but also share concise, focused, and quantified feedback with the producers we partner with.

More than just helping us cup more accurately, efficiently, and consistently, signal detection is also a linchpin in how we allocate coffees and construct lots. Where many others take a single sample from a cooperative as the de facto blend for a particular region—which, in general, is also considered de facto inferior to the single producers of that same region—we build them by hand, taking the extra time to craft lots that are a perfect representation of a particular community, family, or microregion. Without signal detection, this process would be a lot more time-consuming.

First, some context: we only use signal detection to cup coffees for purchase. We have a completely different procedure we use to assess preship samples and arrival samples, as well as to track quality over time. The signal detection process is specifically calibrated to help us cup offer samples from producers both efficiently and effectively and make the least biased, most informed purchasing decisions possible.

We’ll get into the details, but first, some general principles:

While signal detection might not be the right cupping procedure for every roaster, it utilizes principles that underpin any solid cupping protocol: ensuring consistency, eliminating bias, and relying on group calibration more than individual opinions. 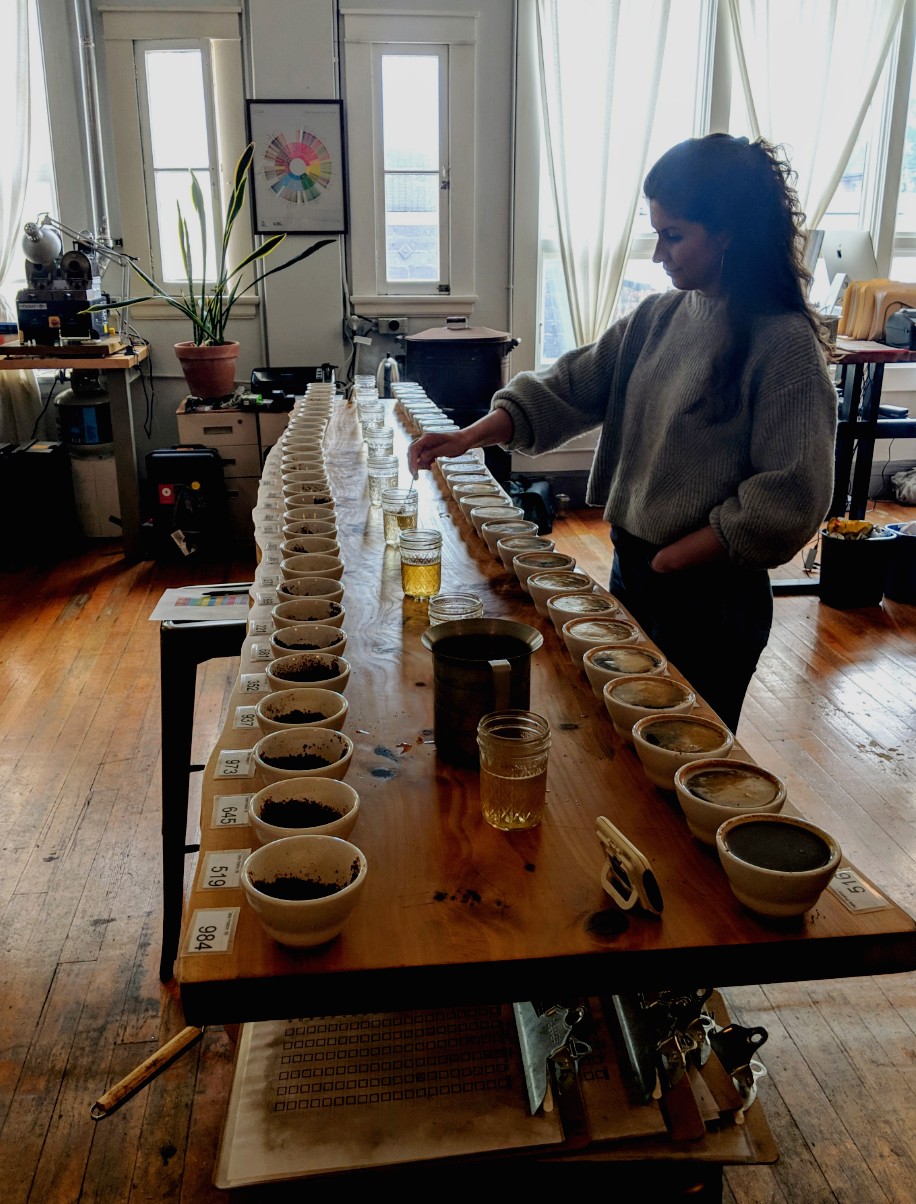 Specifically, the signal detection scoresheet works via a scale of 1-6, which takes on the following values:

Prior to setting up the cupping, we enter all of the sample roasts we are cupping into our signal detection spreadsheet, which assigns them random numbers, then scramble them, so that we can set up the cupping with no knowledge of which coffees we are tasting.

We brew the coffees without assessing fragrance or aroma, then move through the table quickly once the coffees are completely cool, taking one or two tastes of each and assigning them a score on this scale. While this process would be glib if used by a solo cupper, it works perfectly with a team, ensuring that all cuppers taste all coffees in a uniform and brisk fashion and don’t second-guess their first instincts.

We then enter our anonymous individual scores into our spreadsheet, which calculates our aggregated scores, giving us a group average, a cup-to-cup spread, and a confidence rating. At this point, we unscramble the coffees so we can see the random cups as sets and assess their quality and consistency. 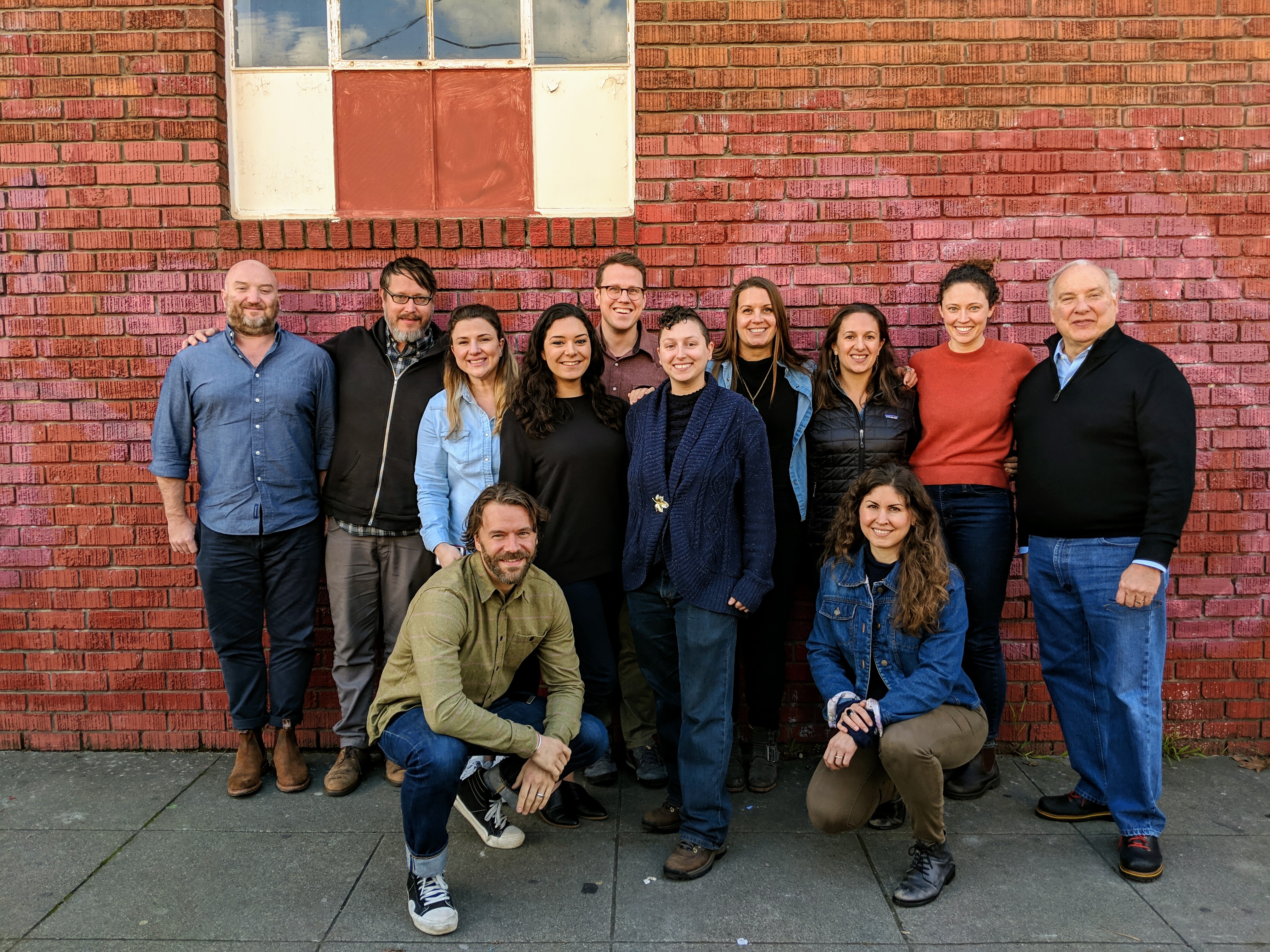 This is where we start the process of building lots. Looking at our group average, our cup-to-cup variance, and our confidence rating, we’ll be able to see at first glance that some coffees were clearly exceptional and that some did not quite meet our quality standards. For those coffees scoring either solidly in between or all over the place, we go back and taste them as a group, then come to a decision.

In our core regions where we work primarily with smallholders—Colombia, Peru, and Mexico—we build our menu at a few different tiers: regional lots, community or family lots, and producer ID lots. Where a coffee gets slotted depends on its quantity as much as its quality.

Typically, offers will need to average around 4 to be contracted, and those lots will be bulked into community or regional lots. Offers that score closer to 5 will be marked for separation, qualify for a higher price tier, and will be marketed by name when possible as producer ID lots. Offers that score closer to 6 will receive an additional premium. Each tiny lot that goes into both our community and regional lots is vetted with the same rigour; each producer gets the same level of feedback from us. Even though cupping each producer’s lots separately isn’t the easiest way to buy coffee, we feel it’s more than worth it to build lots that represent each producer’s work at its finest, especially because we often find that these hand-built lots can present even more dynamism than the best producer ID lots.

For example, take Inzá, Colombia, where lot sizes average around just a single exportable bag. Cupping these tiny lots takes a lot of effort on our end, but not nearly as much as it takes to produce them. We aim to be as intentional as possible with how we bulk these lots and present them to the marketplace. For instance, no matter how exceptional their quality—and it is exceptional—a slew of one-bag producer lots is neither feasible to market on our end nor feasible for our clients to market and sell to their clients.

So, we take the next step to make sure these tiny lots can find real market representation in a way that makes the most logistical sense for all involved: crafting bespoke lots at the community, family, microregional, and regional levels that most accurately represent each producer’s unique cut. For example, Eibar Rojas, neighbor to the Oidor family in San Rafael, produces tremendous quality—just not always a lot of it. His farm is on the same southern-facing slopes as his neighbors and grows almost entirely Caturra, same as his neighbors. His farm is at 1800 masl in its lowest point, the Oidors at 1750 masl. Both peak out just above 1900 masl. When carefully blended together, these coffees showcase exactly the quality and unique character that its individual producers are bringing to the table. Their lots are often too small to find market representation when separated, but together, they showcase their quality perfectly and fit perfectly into the supply chain as well.

Or, look at brothers James, Hernan, and Jose Casso. They have four hectares between themselves and their father Miguel—not so much if separated individually, considering they produce coffee from June through February, but collectively enough to produce over 50 exportable bags annually. With that volume between them, they’ve got teamwork down to a science and work with us to bring their coffee to market in the most representative way possible: as familia lots that are as labor-intensive to construct and every bit as special as any single producer lot we bring in.

Group input and calibration are critical to the consistency of our process because even the most talented and experienced palates can have an off day. As Paul Songer, who introduced us to signal detection, says, 100% calibration where all team members feel exactly the same about each coffee not only doesn’t exist, but wouldn’t benefit a team. Fostering diversity of opinions is crucial in making sure that each producer’s coffee receives fair and balanced feedback, and signal detection allows us to look at group scores and stay within a fairly tight calibration range without having to close off the natural variations in palate and preference.

Removing bias by cupping blind with three randomly placed cups of each coffee also helps us to score coffees fairly and accurately. When we see that a set has very different scores between cups (but not cuppers) we know that one of the cups had a defect—but we got to taste and score the other two cups unbiased by that knowledge. As Joel says, when you taste the first cup in a three-cup set, you’ve usually already decided how you’re going to score the other two. Cupping blind also allows us to remove any political elements that might affect perceived preferences.

An added bonus is that signal detection is very easy to train new partners into, so as we deepen relationships with producing partners and onboard new team members, we can quickly bring them into our system and calibrate.

Signal detection works well for us, but that doesn’t mean it’s for everyone. It’s a very specific system we know will deliver the results we need, but we do feel that the general principles that underpin the process would benefit any cupping team or buyer: ensuring consistency, removing bias where possible, cupping with a team when possible, and doing your best to appreciate and represent the hard work each producer puts in to get their coffee to your table.