Puno coffee—if you’ve had it, you know it’s unforgettable. Puno is one of the most exclusive and renowned growing regions in all of Latin America, and while we buy all the volume we can from our producing partners there, there just isn’t that much. The coffees are some of the best we taste all year not just in Peru, but in the whole world. Puno coffees have a dedicated following and are typically gone before they arrive, so we may not talk about them very often. But Puno, located in the South of Peru where Red Fox started, is a huge part of our story.

Members of what is now Red Fox had been working in neighboring Southern Peru region Cusco since 2006, but were pushed out in 2007 by a large, corrupt cooperative union that ruled the Cusco region and all the groups within with an iron fist, preventing us from buying coffee at higher prices and maintaining traceability. When we were pushed out of Cusco, we connected with trade partners in Puno and started working there in 2008, meeting producers and tasting their coffees, which were (and are) truly exceptional.

After tasting the incredibly floral offerings that come from Putina Punco at the 2008 National Cafe Y Cacao board competition, which governs coffee trade in Peru and held an annual COE-style competition and auction 10 years before the inaugural COE Peru, we met with Tibed Yujra, who was at the time the head of quality control for a large cooperative union based in Puno. During that visit, we cupped through a veritable ton of coffee with the cooperative: the ten best, they sent back to auction, and the rest, we bought. We’ve been buying Puno coffees since then. 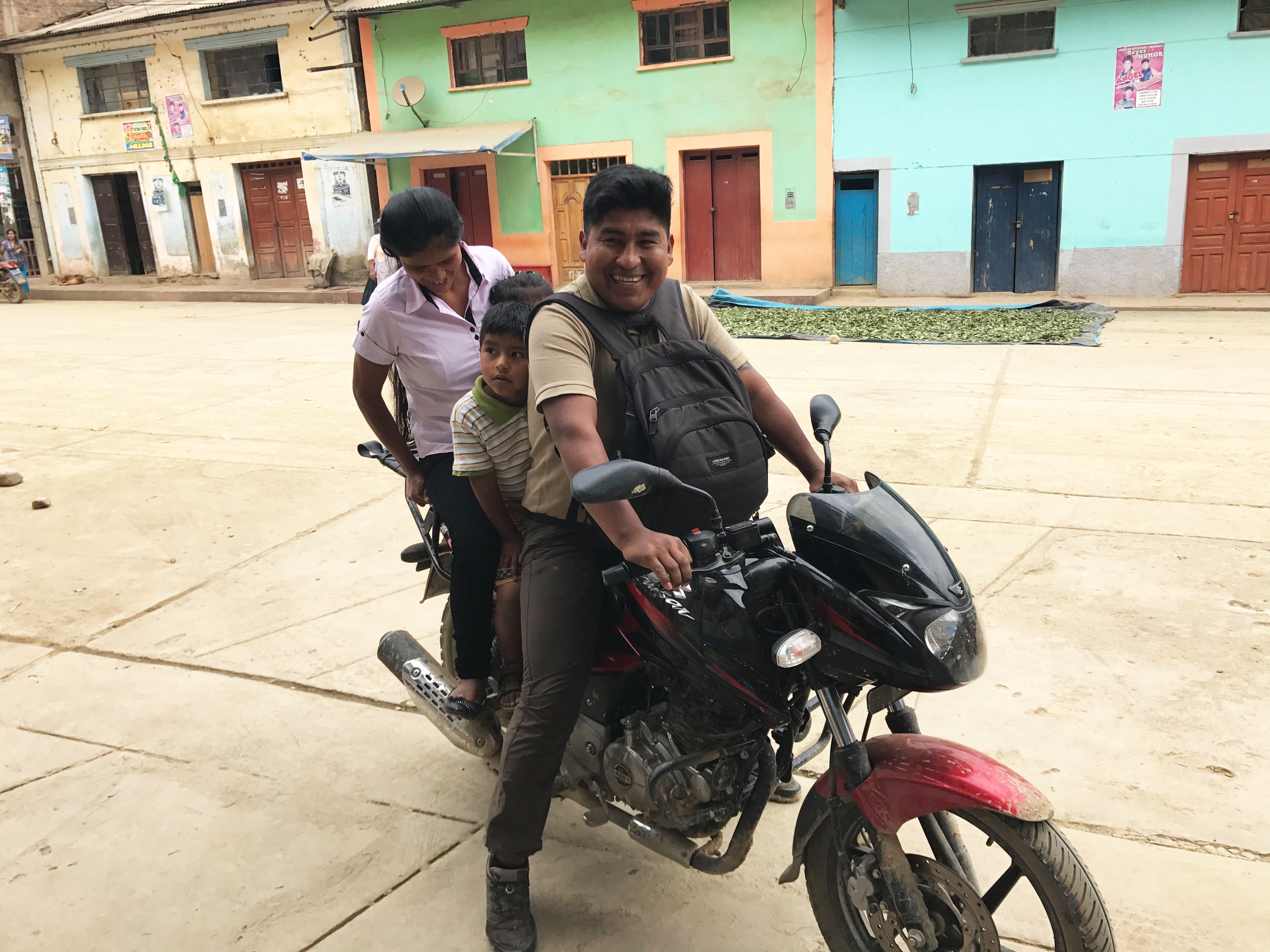 Over time, we struggled with the cooperative union in that area, and they dealt with high turnover. Tibed left and did consulting and QC work elsewhere, and we met back up with him in Cusco after that region reopened to us, coming to work for us shortly thereafter. We discovered that the cooperative union we worked with in Puno wasn’t paying the full prices back to producers that we had promised and paid to the organization. After a few years navigating the situation in Puno as best we could and trying to get money back to the producers, Tibed left Red Fox and started his own company in Puno, helping us connect with producers and make sure they get paid the prices we promise them as well as helping them maximize the coffee’s potential. This year, we’re more excited than ever about Puno.

Puno, and specifically the subregion of the Sandia Valley where the producers we work with live, is home to some of the original Bourbon the UN brought there in the 80s in order to combat the growing coca trade. Because the UN isn’t a coffee organization, they brought Bourbon instead of the hybrids that became so ubiquitous throughout Latin America, a decision that was key to the coffee landscape as it currently exists. Most of the farmers there are smallholders, growing on an average 2.5 hectares of land.

The reason there’s so little coffee coming out of Puno each year is that despite the UN’s efforts, the coca trade has since reclaimed most of the Sandia Valley. The farmers we work with are some of the last coffee growers in the area. While some farmers are coerced into growing coca, others are understandably attracted to the faster, multiple growing seasons and higher prices coca promises. We’re excited to see Tibed organizing to make sure fair coffee profits get back to the farmers remaining in Puno and we see many good things on the horizon for this unique subregion this year and into the future.

In addition to Putina Punco, we buy coffee from Massiapo, Quiquira, and Yanahuaya, all within a relatively close vicinity within the Sandia Valley. Sandia Valley flavors are extremely dynamic, more so than any other region in Peru. The Caturra coffees in the area have a prolific combination of sweetness and acidity, with dark fruit character like both red and black currants and a crisp, apple character with both weight, sweetness, and a refreshing malic acidity like both apple and pear. When you roast them, they’re complete and balanced as well as nuanced and dynamic. That’s what the Caturra is like, but when you hit pockets of Bourbon you find coffees that come with flavors you associate strongly with East Africa: floral, complex, and intensely sweet, like honeysuckle and hard candy. They may not have the level of complexity to the acidity as Ethiopian coffees, but the dynamic of sweetness is unmatched.