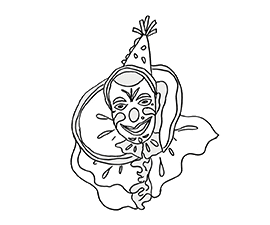 Finca Pisashi is located in the Northwest of Pichincha, two hours from Quito within the Chocó Andino biosphere reserve of Ecuador. Yessenia set out to be a coffee producer not because she was familiar with farming, but because she loves being with the land. Only five years ago, Finca Pisashi became a reality for her. Yessenia has built her business with the environment in mind. The farm is powered by renewable energy through recycling water and composting. During the season she prioritizes hiring women and creating jobs for the community.

Ecuador has been part of Red Fox’s portfolio since the beginning, and we have longstanding relationships there that mean a lot to us. But it’s also a challenging origin for us, in that Ecuadorian coffee is very expensive, and expensive coffee is hard to sell. It’s hard to justify paying so much for South American coffee, especially when there’s a wealth of great coffee to be had for a fraction of the price in neighboring Colombia or Peru. It’s a challenge to make the case to customers that Ecuadorian coffee is worth the price, even when we’re offering beautiful, unique, and excellently prepared coffees from dedicated producers and inspiring farms.
Coffee farmers everywhere struggle with the cost of production, with access to credit and seasonal cash flow, but the particular economic and political realities in Ecuador make it a special case. Ecuador switched its currency to the US dollar in 2000, after hyperinflation and a banking crisis left the economy reeling. In recent years, the strong dollar has made Ecuadorian exports more expensive. That, plus the collapse of oil prices, on which Ecuador’s economy has depended since the 70s, has contributed to a decline in export revenues to which the government has responded by restricting imports and raising taxes & tariffs on foreign goods. This matters to coffee producers and to the price of coffee because every truck, jeep, bag of fertilizer, and piece of machinery or farm equipment that has to be imported comes with an additional premium that drives up production costs.

On top of excellent coffees and the producers who grow them, Ecuador offers another singular value proposition: national labor laws that require all full-time workers receive a fair minimum wage, health care, and paid time off. While our purchasing model here looks different than our work in Peru, Colombia, or Mexico, Ecuador offers a rare opportunity to present customers with a model for what it looks like to purchase coffee from workers whose nationally-guaranteed rights are similar to those in the US.

Newsletter: Why We Work in Ecuador

Red Fox was in Ecuador last month for a brief visit at start of the harvest season. We went to check in with the farmers and partners we work with,…

Back to the land of Los Yumbos and to one of the more thorough varietal case studies in our world. Some of you will remember last year’s Las Tolas offering…

It’s been just fourteen months since we started Red Fox Coffee Merchants and we’re thankful and proud to be where we currently stand at the moment. If this industry is…